Cougars,Foxes,Wolves ,and Prey which one will you be?

~*~ Rules ~*~
---- Basic Rules ----
~~ You HAVE to make a bio before you play the character. otherwise the whole game goes out of whack
~~ You may say 'hell, piss, ass,' and minor stuff like that but other than that... just dont.
~~ No Godmodding
~~ No Powerplaying
~~ Be nice to other players when in OOC (out of character)
~~ Obey the admin and moderators


---- Powers ----
- You must ask me for before powers (Powers that are in their bio).Other than that you must ask the queen.

- I wish you would have an idea of what power you want before you pm or ask the queen.If not that is ok.This is not a rule.


---- Special Creatures ----
- The rule for making a new species is you must pm and inform me about it.I will decide.

-If someone wins a prize and that prize is a new species They control the species you must ask them before you use the species.

- If some one makes a new species and they didnt win it they probaly asked me.I wish that you would at least wait 24 hours until you make a character like that.This is not a rule but a request.If you break it I will Not terminate your account or anything.(But you must ask me like them until it is in annoucements)

- if a male fights for a female that isnt his and wins, the female has to go with the winner no matter what. that is how they do it in nature that is how we do it here (kinda)

-Force Breeding is allowed and capturing females is allowed ( I do not mind.You will not be punished unless the person specficly said Do Not Force breed my animal but other than that its fine )

- Do not be Graphic . it will not be tolerated and your account will be terminated

- The female can give birth right after breeding. and can breed whenever they want there after


---- Animals ----
- You may make deer and elk and prey and you may also make predators, but Dragons you need to pm me about. 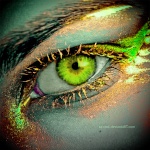